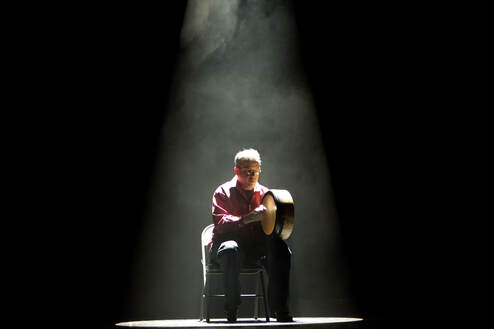 A native and current resident of Baltimore, Maryland, Myron has lent his talents as a percussionist to more than sixty recordings of Irish, Scottish, and other folk music. Since the late 1980s, Myron has taught bodhrán and rhythm bones at many workshops throughout the United States and Canada, including Boston College's Gaelic Roots, Gaelic College in Cape Breton, the O'Flaherty Irish Music Retreat in Texas, and the Catskills Irish Arts Week in East Durham, New York.

​In addition, Myron's prodigious knowledge of the history and lore of Irish tunes has led to his being invited to contribute liner notes to a number of recordings over the past quarter century, and he is often called on to emcee at concerts and festivals as well. Myron's bodhrán workshop will focus on the basic techniques of playing, with emphasis on phrasing, accenting, and -- most importantly of all -- listening. Hornpipes, jigs, and reels will be covered; if time permits, slip jigs, slides, and polkas will also be reviewed. 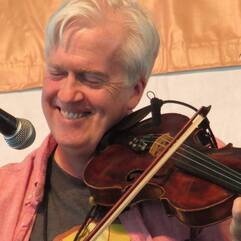 New York born fiddler Brian Conway is a leading exponent of the tastefully ornamented Sligo fiddling style made famous by the late Michael Coleman. The winner of two All- Ireland junior titles in 1973 and 1974 and the All-Ireland senior championship of 1986, Brian's early studies were with his father Jim of Plumbridge, County Tyrone and with Limerick born fiddler/teacher Martin Mulvihill. However, it was the legendary fiddler and composer Martin Wynne who taught him the real secrets of the County Sligo style. Later, Brian met and befriended the great Andy McGann of New York, a direct student of Michael Coleman, who further shaped his precision and skill on the instrument.

In 1979, Brian recorded a duet album, The Apple In Winter (Green Linnet) with fellow New York fiddler Tony Demarco. He released his debut solo CD, First Through the Gate, on the Smithsonian-Folkways label in July 2002. This CD was voted the Album of the Year by the Irish Echo. Brian is also featured on the CD, My Love is in America, recorded at the Boston College Irish Fiddle Festival, and on the documentary "Shore to Shore" which highlights traditional Irish music in New York. He is considered one of the musical rocks of the New York area.

In 2007, Brian released a CD titled A Tribute to Andy McGann on the prestigious Irish Label Cló Iar-Chonnachta. This CD pairs up Irish Music legends Joe Burke and Felix Dolan along with Brian in a CD which has received glowing accolades since its release in the summer of 2007. Brian followed this CD with a much-anticipated Solo CD titled "Consider the Source" in deference to the rich environment from which Brian learned his music. This CD was released in 2008 on the Cló Iar-Chonnachta Label. This CD features guest appearances by music greats Niamh Parsons, Dan Milner, Billy McComiskey, Joannie Madden, Felix Dolan, and Brendan Dolan. Earle Hitchner of the Irish Echo described this CD as "Easily one of the best releases this year." Brian followed up that recording with the highly acclaimed Pride of New York, and last year, in 2017, recorded with the group Gailfean, featuring John Whelan, Mairtin DeCogain and Don Penzien.

Brian remains faithful to the rich tradition handed down to him. The distinctness of his tone, the lift of his playing, and the deft ornamentation he brings to the tunes have placed him among the finest Irish fiddlers of any style, Sligo or otherwise. He has performed all over North America from San Francisco to New York and places in between, such as Chicago, Milwaukee and Colorado. His talents have also been enthusiastically received throughout Ireland and the rest of Europe. He is also considered one of the premier instructors of traditional Irish music who has mentored many fine fiddle players, including several who have gone on to win All-Ireland championships. 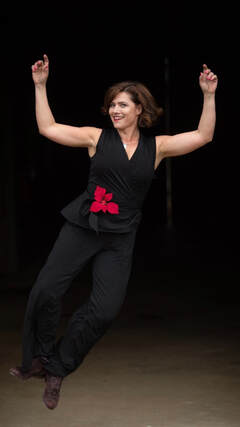 Agi is a Hungarian native, who began her dance career at the Hungarian National Ballet Institute where she was trained in classical ballet, Hungarian folk and historical dance styles. About 17 years ago she started up her professional percussive dance career here in the US, as a principal dancer with Footworks Percussive Dance Ensemble. Agi has been performing and touring the states and abroad over the years and she makes a point to only perform to live music. One of her passions is to collaborate with different genre artists.
Agi thinks it’s important to keep these traditions alive by making it accessible to all. She loves to teach and explore the connections between genres and her own connection to the music. Her versatile knowledge of percussive dance  includes, Old style Irish ( Sean Nos), Scottish, English, Tap, Clogging and Flatfooting (just to name a few). 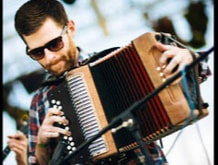 Sean is among the most innovative young performers on the button accordion, with a unique harmonic style that has earned him a spot in the pantheon of Irish accordionists far beyond his native Baltimore. As the son of legendary button accordion player and National Heritage Fellow Billy McComiskey, Sean has been surrounded by Irish Traditional music his entire life and has developed a deep appreciation for the rich tradition of which he is a part.

Sean has performed throughout the United States, Canada, and Europe. He's recorded albums and toured with groups like NicGaviskey, the Old Bay Ceili Band, and O'Malley's March.

In 2014, Sean formed the Baltimore-based acoustic roots group, Charm City Junction, with Patrick McAvinue on fiddle, Brad Kolodner on clawhammer banjo, and Alex Lacquement on upright bass. In 2015, they released their self-titled debut album and in 2016 were nominated for the International Bluegrass Music Association's Band Momentum Award.
​
Most recently, Sean was featured on a new recording of traditional Irish set dances for listening and dancing called Cover the Buckle. The project is in collaboration with Kieran Jordan, a dancer and choreographer based in Boston, MA. The recording features Sean Clohessy on fiddle, Matt Mulqueen on piano, Josh Dukes on guitars, and steps from Kieran. 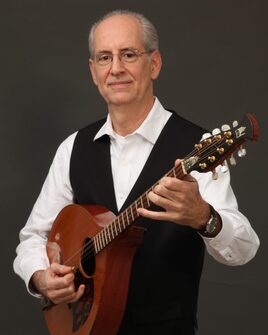 Zan began playing music at the age of 14 in Charlotte, NC.  His was influenced by his next-door neighbor, Fred Kirby, who played guitar and sang on local TV as a cowboy entertainer.  Zan listened to his older friends in the Clanton Park neighborhood rehearse their rock band Die Hards and learned to play all the instrumentation by ear.  He got his first Rickenbacker electric guitar for Christmas 1967 and the rest is history.
Zan’s professional career began in 1970 playing Pop Radio rock music. Salvation, Willie Tee & Skinny, and Hummingbird were Zan’s first bands.  They opened in big arenas for groups such as The Allman Brothers, Marshall Tucker, Deep Purple, Poco, Johnny Winter and Black Sabbath. In 1975, his band Skylite Mission recorded their first album of original songs in Nashville.

His early forays into the Irish music scene began in 1979 when he and North Carolina singer/songwriter Mike Cross visited Nashville. On tour from his home in Chapel Hill, NC he met Triona NiDhomnaill, of the legendary Bothy Band, while recording in Nashville.  Their musical chemistry inspired Triona and Zan to form the innovative and groundbreaking band Touchstone. For 5 years they recorded and toured together. Touchstone’s album The New Land won the NAIRD Award for best Indie album of 1981. Jealousy, Touchstone’s second album, was well received and both were on the Green Linnet Label.
In 1985 Zan’s electric roots called him back home and he further explored his love of the electric by playing reggae and Caribbean music. He toured and played with The Fun Addix until moving to Washington, DC in 1988.

Zan immediately took up the Irish reins and was a mainstay of the Washington, DC Irish music scene performing at Irish festivals, Ceili Club Events, CCE, Gaston Hall and Smithsonian. Zan accompanied the winners of The National Council for Traditional Arts; Donny Golden, Mick Maloney, Seamus Connolly, and Joe Derrane were at their award ceremonies as well as The Folk Masters at The Barns of Wolf Trap.
Zan was a contributing musician on the 1999 Grammy winning CD, Celtic Solstice by Paul Winter. In addition, he appeared on the Grammy nominated CD, Journey with the Sun by Paul Winter and The Long Journey Home by the Chieftains. Zan’s self-produced solo album, Highland Soul, won the Washington, DC WAMMIE Award for Best Album in 1994, inspiring him to pursue a simultaneous career as musician and audio engineer.
After graduating from the Omega School of Recording, he established his project studio Tonehouse Recording.

In addition to recording on over 200 CDs, Zan recorded several film soundtracks including: Edward Burns’ The Brothers McMullen, Ang Lee’s Ride with the Devil, Sam Shepard’s Far North, and James Horner’s Back to Titanic.
As a respected and experienced workshop leader and guitar instructor, Zan taught for 20 years at the Augusta Heritage Center’s Irish/Celtic Week , Boston College’s Gaelic Roots Program , McDaniel College’s Common Ground , Jerry Holland’s Ceili Trail School, and he was one of the founders of Warren Wilson College’s Swannanoa Gathering.

In 2001, Zan released the instructional video Learn to Play the Irish Bouzouki for Homespun Tapes.  In 2008, Zan starred in Fire On The Mountain at the Arkansas Repertory Theater.  The musical, an environmental, anti-coal mining work set in Appalachia, was a great success.

Zan won the Maryland State Arts Council’s Individual Artist Grant for composition in 2011, 2014 and 2017.
Zan has been a voting member of the GRAMMY’S (NARAS) since 1993.